Fins are a fundamental part of a surfboard and have a huge impact on the feel, stability, drive and manoeuvrability of a surfboard — factors that can completely alter your surfing experience.

Surfboard fins have two main functions. They give the surfboard lateral support and brake the surfboard through resistance in the water. This means that the tail stays behind during normal surfing.

There are many fin types out there from single fins to the the most common three fin setup called the “thruster” to unique five fin surfboards called “Bonzers”; all creating a unique experience when being surfed.

There are 5 types of fin setups: 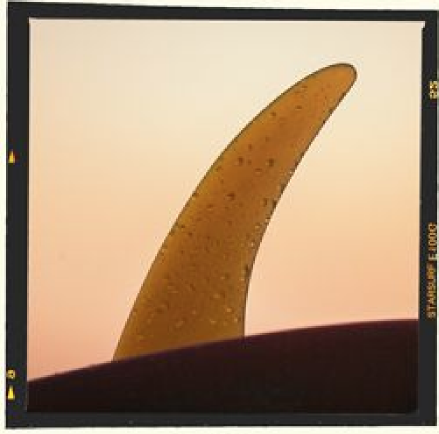 Most commonly found on longboards and beginner softboards, single fins add stability and control to your surfboard.

Although they help you with balancing on your surfboard, allow for straight line charges and large sweeping turns, they do restrict sharp and quick movements. 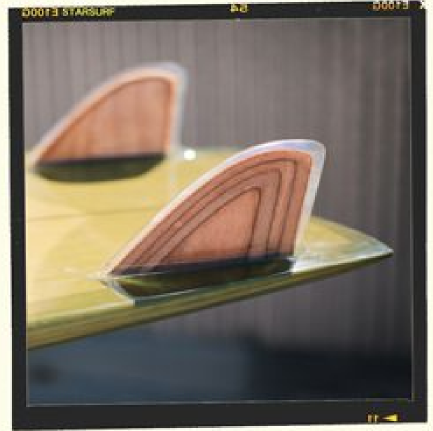 Twin fins are often found on smaller, thicker surfboards, such as fishes. They are often used for small waves as they offer good manoeuvrability and help build speed.

Mark Richards, at the end of the 1970s and the beginning of the 1980s, famously rode his twin-fin “fishes” to win four consecutive World Championships, beating his competitors on single fins.

Twin fin are best surfed in small to small-medium surf. 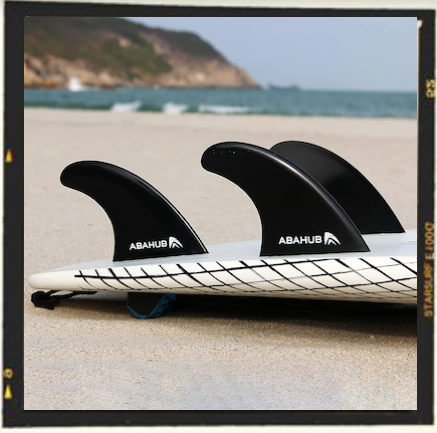 These days the most popular fin setup in which the extra fin in the middle at the back of the tail provides more stability and manoeuvrability.

The thruster setup has played a huge part in the evolution of high performance surfing, making many radical manoeuvres possible.

Perfect thruster conditions are many types of waves. It also holds well in steep, powerful waves and barrels. 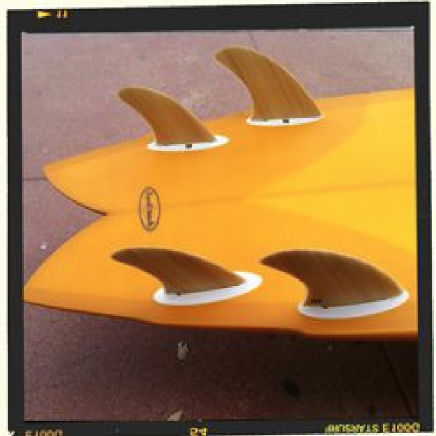 Quad fins are great for speed as there is no centre fin creating drag. They are often used in large surf as they give more ‘hold’ to your surfboard in the water then, lets say, a three fin setup.

Quads can also be great in small surf if the rear fins are further up on your surfboard and closer to the rails. It helps you generate speed, even in weak waves, and makes quick turns possible.

Same as with the thruster, Quads are allrounders at their best in clean, powerful and good waves. 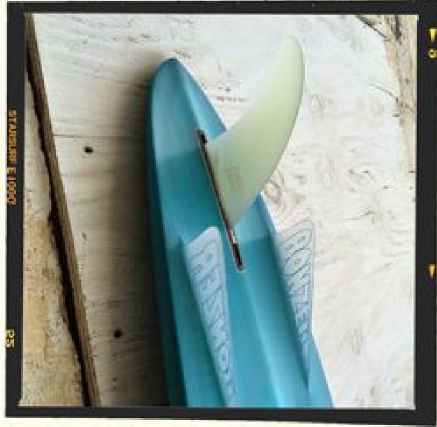 Bonzers are a special type of surfboard specified by their fin setup. They come in 3 and 5 fin setups and are unique in the way they channel water under the surfboard.

When you’re next in the surf camps, make sure you ask Joe about his Bonzer collection. He’s got “a few”!

We’ve got more on surfboards below, so check out our surf blog on:

? What are the different parts of my surfboard?

? Types of Surfboards: the most essential piece of surfing equipment